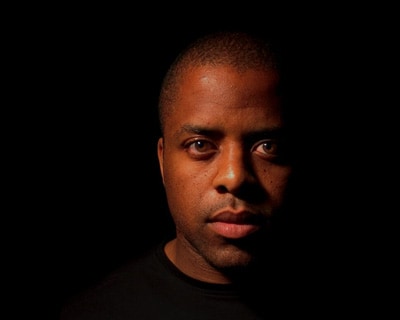 Stephen Carr aka Digital is one of the UK’s most well-respected and inspirational drum and bass producers with a career spanning 23yrs culminating in a seminal catalogue of original & innovative releases to date.

His signature bass-lines and radicalized dubbed out sounds reach back to his childhood where he watched from a young child his father run his own sound-system for nearly thirty years in Ipswich, UK. The moniker ‘Digital’ was given to him by the Ashanti Sound System who immediately recognised the then 14yr olds technical ability at operating a sound system, while also relating the moniker ‘Digital’ to the future, his youth and the emergence of the digital age. It wasn’t long before Digital used his dad’s sound-system on his own, so in 1991, with the ‘rave scene’ growing in and around Ipswich he started to hire-out the system to various promoters, noticeably Danny C who he befriended through their love of music and raving. This is the time when he really became interested in the rave scene and its music triggering his curiosity that drew his attention to production.

A collaboration with Danny C saw Digital’s first ever record ‘Split Personality’ / ‘Navigator’s Path’ which was released on the legendary Ipswich based label Certificate 18. His solo debut release ‘Touch Me’ on Timeless in 1995 was followed by a track that really set the marker for Digital, ‘Spacefunk’ a limited edition 12” on Timeless Recordings also in 1995. Such a unique track in its time and so well received that it has been re-released with remixes from Goldie M.B.E, Photek, Future Bound and Doc Scott. Spacefunk was a signature track at Goldie’s amazing Metalheadz Blue Note club night for several years this brought Digital to the attention of Goldie which resulted in Metalheadz 021 – Digital – ‘Niagra’ / ‘Down Under’. The relationship with Metalheadz remained strong over the years resulting in Digital featuring on every Platinum Breakz album, ‘The Wolf EP’ with long time partner Spirit and a solo EP ‘In The Lurch’ due around April 2017.

1998 saw the birth of the infamous Phantom Audio imprint co-owned with Ipswich based producer and friend Spirit, it arose from their mutual desire to have their own base where there was no set musical agenda. Soon after the duo debuted with the release of ‘Phantom Force’ this track became a drum and bass anthem worldwide. Still to this day, 17yrs after its release you can still hear ‘Phantom Force’ rocking in sets from the likes of; Andy C, Friction, Goldie & DJ Marky. Phantom Force also lives on through featuring on numerous dance music CD compilations. The imprint Phantom Audio went on to home some formative releases from the duo alongside a selection of solo cuts. March 2013 saw the duo teaming up once again for the first time in 10yrs to re-launch the label.

Whilst he continued to release music in mid April 2002 Digital teamed up with his long-time friend and business partner Brillo in setting up the Timeless Music Group handling all forms of label management for 12 independent drum and bass labels. Digital also worked closely with two of New Zealand’s treasured electronic acts Salmonella Dub & Concord Dawn, working with both acts to develop their European market further with tour management, tour support, European distribution and marketing. In addition to DJ’ing throughout the UK, Europe, Asia, New Zealand & USA. Looking back through Digital’s discography he has had so many cuts that still stand the test of time from the mighty ‘Deadline’ on 31 records to the monster ‘Waterhouse Dub’ on Function Records and ‘Gateman’ on Phantom Audio. The 2002 release of his debut LP ‘Dubzilla’, 10 tracks of pure drum & bass; 9 tracks in his own true imitable dub-fashion and one track with Phantom Audio label partner Spirit. April 2016 saw the release of Digital – ‘Synthesis’ a collaboration on Function Records featuring top artists like Drumsound & Bassline Smith, Spirit, Om Unit, Nomine, Kiat, Resound, Need for Mirrors, Total Science, Klute and to keep things totally fresh new producers with their own unique styles like Villem, Response, Flava & Dissect, Theory and Mad Vibes. In the process of making Synthesis, he personally traveled around to collaborate with each producer as opposed to sending files through the internet. Digital explains, ‘I’d prefer to get a vibe going in the studio because the vibe and end results are more pleasing, and more real when you’re in the studio together. As a result of working on this album, I feel that we’ve formed a collective of sorts that is larger than this project. I also feel that togetherness can be a ‘thing’ within music.’