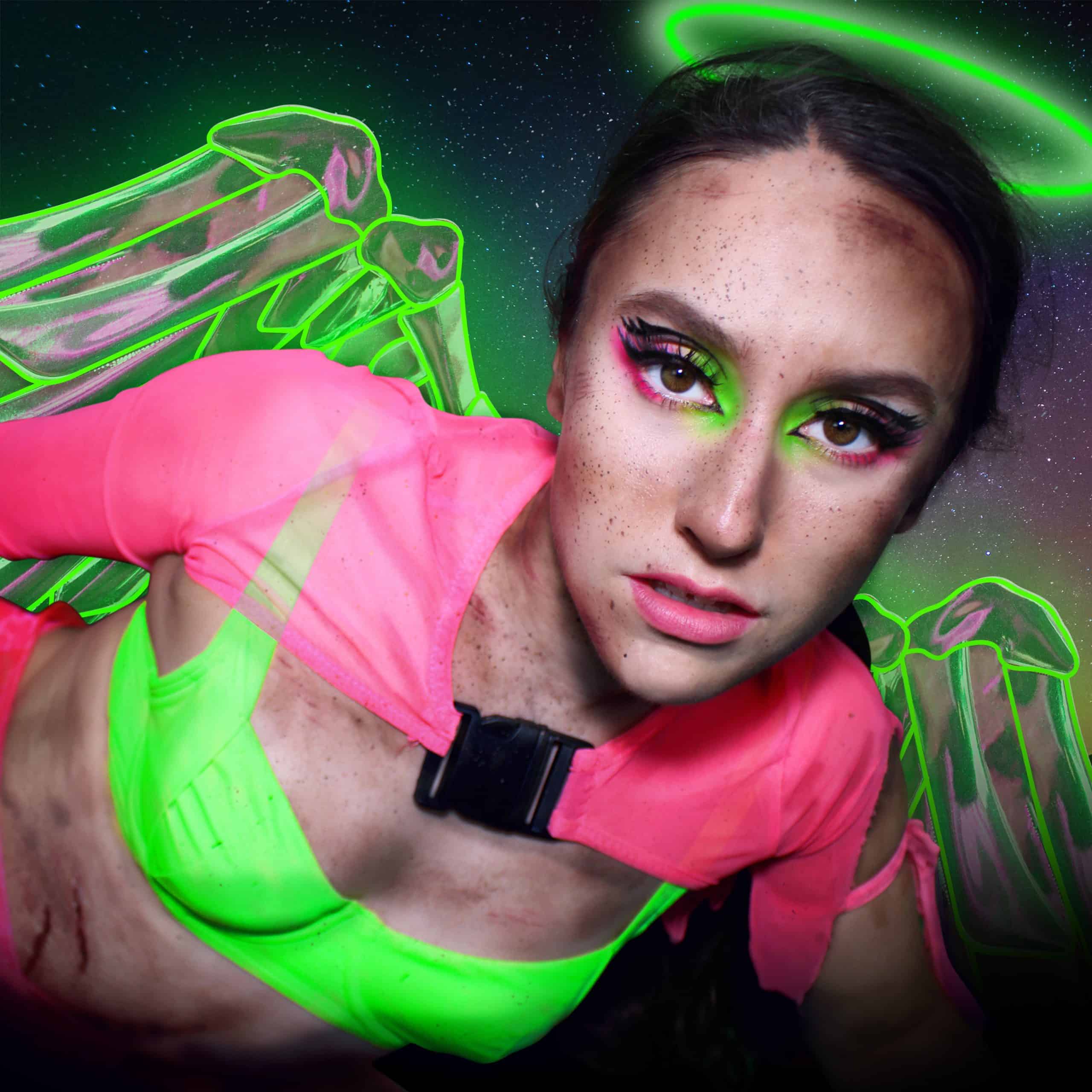 Although Mouse originally trained as a mastering engineer, she caught the producing bug after graduating from Bath Spa University with a degree in Commercial Music, opting to take production lectures a year early while attending. Since, she has been challenging gender expectations in the production world while maintaining a position as one of the most exciting names in DIY pop.

Her interest began in her mid-teens after stumbling across a YouTube channel focussed on audio engineering. Noticing a lack of any females in the scene, Mouse took on a position at a local recording studio, working with underprivileged young people and helping them record their music. With her interest in pop music gathering pace, she turned her production output on its head and pivoted from recording to programming. With a new understanding that anything is possible with a blank Logic project and a midi keyboard, this new found freedom allowed her to launch her artist alias under her own steam.

As an artist, her career kicked off with a feature on Anki’s sophomore album’s opening track ‘Our Escape’, securing playlist spots on several of Spotify’s editorial playlists. The track has gone on to garner millions of streams worldwide and a Michael Kors sync. Aside from her recorded music, Mouse has conquered the local scene with her first show filmed by Boiler Room for their ‘Keep Bristol Weird’ documentary, a support slot with Dua Lipa and heavy BBC Introducing airplay. She’s remixed and mixed music for upcoming artists like Astronomour, Badliana and more.

A classically trained pianist, Mouse’s love of music began when she was just 8 years old; the same year she wrote her first song. She worked towards her grade 8 piano and music theory ten years later after winning the school’s prize for composition and attending Purcell School of Music to study film music during her gap year.

Mouse is a member of the 2% Rising collective, launched by artist and producer Rookes and mastering engineer Katie Tavini, and was encouraged to join by mentor, Lau.ra. During the pandemic, Mouse started working with female producers across the globe as part of She Knows Tech, an organisation partnered with Berklee College of Music that celebrates female producers and channels them into technical roles within the music industry. Through She Knows Tech, Mouse was put in touch with Kilohearts who have also started working with her as an educational content creator for digital platforms.

The pandemic also saw Mouse take on the role of music producer of Fuze, a two-hour event celebrating inclusivity, diversity and sustainability through fashion, dance and music. The event raised £23,500 for charity. She also performed at the event with a cohort of backing dancers lifting her to her performance spot on stage with her headset mic in tow.

Her unique take on pop has been featured in Clash, Audio Media International, Line of Best Fit and more.

Mouse’s internal fire for female and non-binary representation has never dwindled. Expect to learn new tips and tricks in pop music from big beats to vocal clarity, all with a humorous and engaging flair.

Taking inspiration from the PC Music and hyper pop movements, her arrangements often break rules and innovate the pop space. Combining that with her early classical induction and her growing interest in ambient soundscapes make Mouse exactly who she is: unafraid to shake up any musical scenario with unorthodox magic.

Sign up now and watch 1000s of music production tutorials!